The site of this magniﬁcent building was originally known as She Oak Hill and was the home of the colony’s ﬁrst race track. In 1833 the hill became the home of one of Port Phillip’s best-known residents, John Batman. The industrious Batman planted 1000 fruit trees over the twenty-acre paddock. Unfortunately, by 1839, his health began to deteriorate and he died alone in his cottage.

The government took control of the land in 1841. Mr Batman’s industry was not wasted by the government who used his cottage as government ofﬁces. Superintendent Charles Latrobe and Police Magistrate William Lonsdale moved into the cottage in 1842 and stayed until 1846, during which time the colony of Port Phillip was administered from the Hill. Also in 1842, the area was proposed as the site for Melbourne’s Botanical Gardens. However, during the coming years, the area around the Yarra River became increasingly more industrialised. The opening of a powder magazine at the western end of the rail yards in 1848 ﬁnished any plans for the Botanical Gardens on this site.

In 1886 the railway commissioners decided that their existing wooden offices were insufficient. As they owned the current site and due to its proximity to Spencer Street and Flinders Street Station, the building location was chosen.

His initial 1886 design was as follows:

“The building is to be brick faced with stucco. The style of architecture is to be Italian and, as our engraving shows, the structure will have substantial and imposing appearance. The building will be constructed in the form of the letter E with three entrances. It will have a frontage to Spencer Street of some 420 feet.”

The scale of this building, even in the 1880s, was something to be remarked upon. The corridors of the ground and ﬁrst ﬂoors were to be some 12 feet (3.6 metres) wide, and the rooms throughout the building were to be lofty. The expected cost of the building was considerable.

Originally estimated at 100,000 pounds, the cost was more than the total cost of the two lavish station buildings, which had been proposed three years earlier. Indeed the eventual cost of the building, including the furnishings and ﬁttings, was to far exceed 100,000 pounds. Between 1887 and 1891 a total of 160,000 pounds was provided through parliamentary loan acts.

Despite the daunting size of the building, the railway headquarters had already, by the turn of the century, proved it was unable to house the army of clerical workers involved in growing and running the largest government department. It was decided in 1912 a third ﬂoor (Level 5) would be added to the building. Finally, to accompany the ever-expanding workforce, another level, the fourth ﬂoor (Level 6), was added to the centre of the west side in 1958. In 1968 all the original passenger car lifts were replaced. 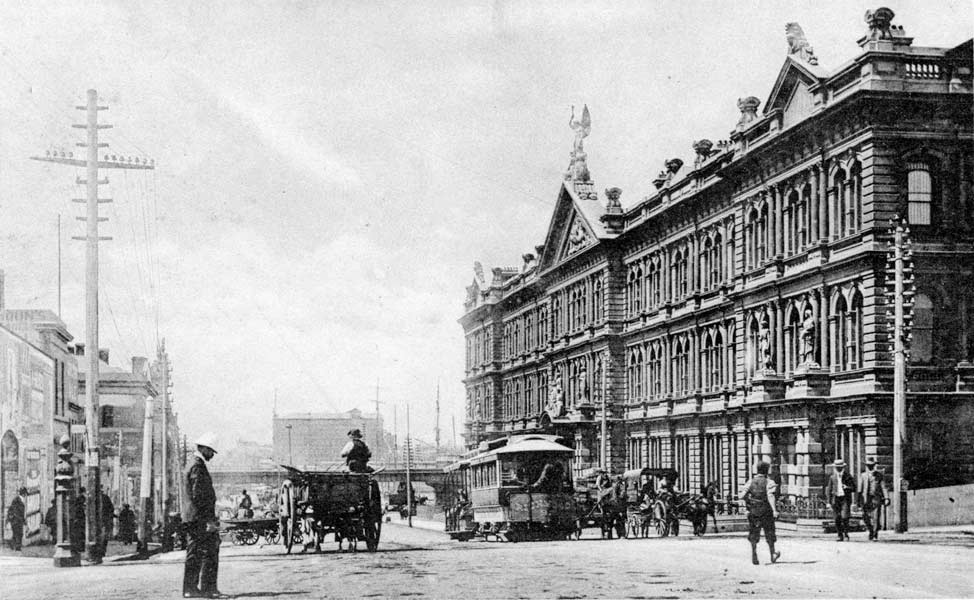 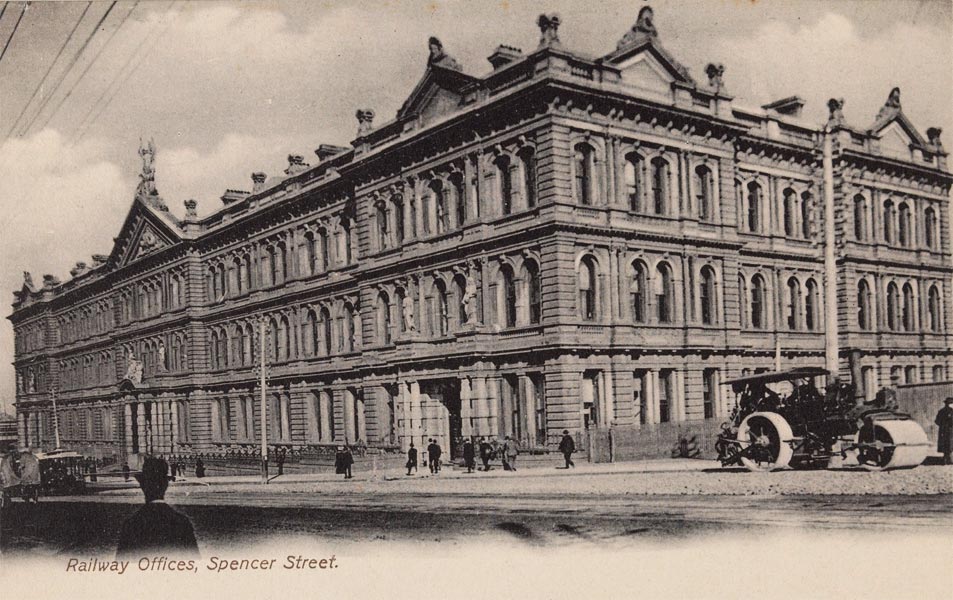 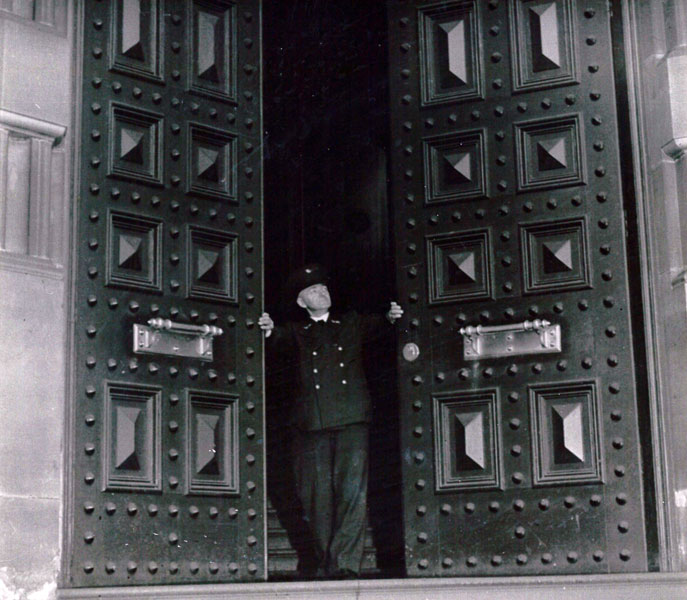 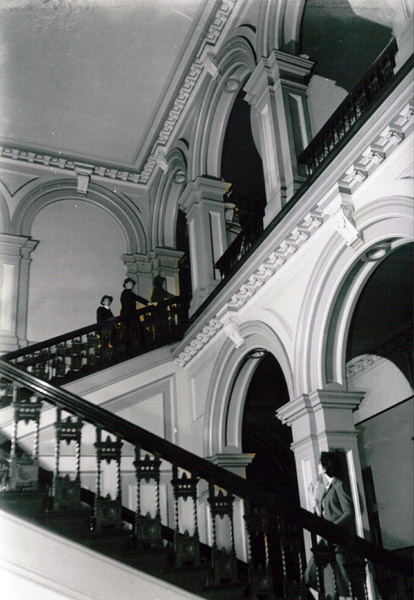 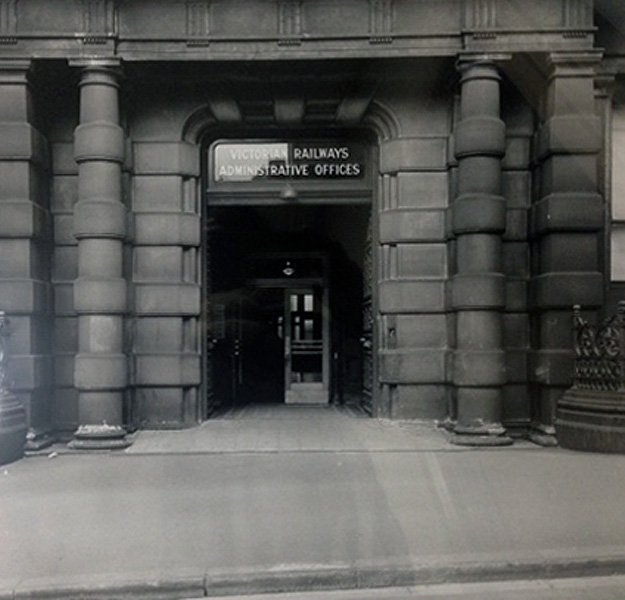 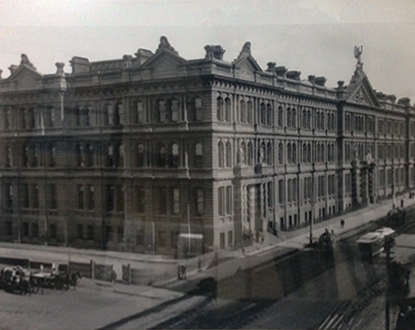 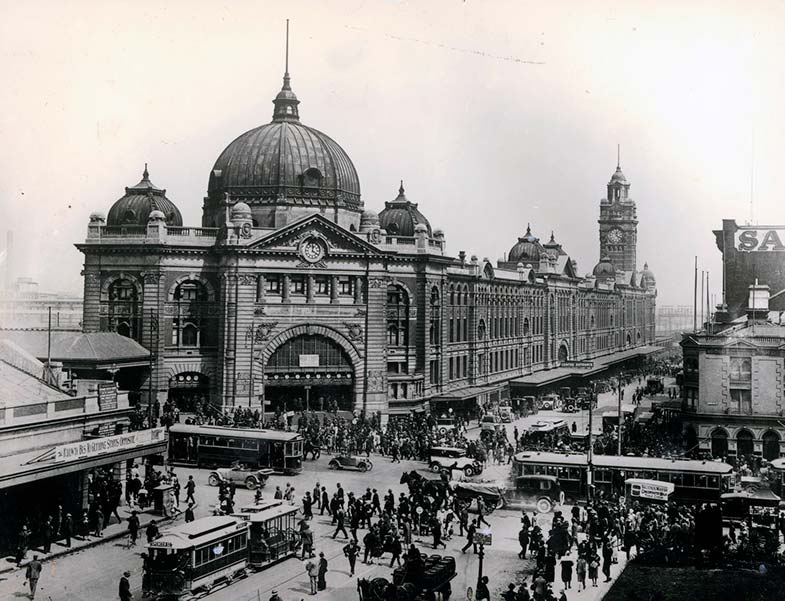 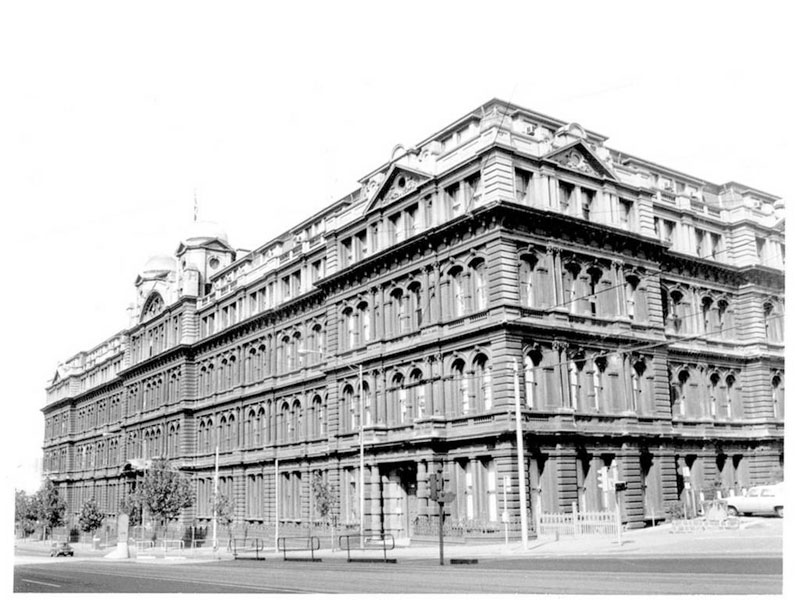 In 1985 the Ministry of Transport and the V-Line administration both moved from the Spencer Street Building into Transport House, located at 589 Collins Street. Soon afterwards, the old administration building was earmarked for sale as part of the State Government’s program for the rationalisation of its stock of surplus public buildings. In 1988, at the height of the property boom, the building was purchased by a construction company who, together with a Japanese partner, developed proposals to convert the building into a luxury hotel. In May 1989 the Japanese investor withdrew all interest and, amid general economic downturn, it was announced the project had been cancelled and the building was to be resold.

Finally, the building was acquired in the mid-1990s and converted into a most unique development for Melbourne under the direction of colourful character and Melbourne entrepreneur Les Erdi. The Grand Hotel Melbourne, comprising 118 self-contained suites and The Grand Central Apartments, a residential complex over three levels, was the outstanding result. Prior to construction, the architect’s brief was to maintain the feel and style of this majestic building. During construction, mezzanine ﬂoors were added into all of the converted ofﬁces giving a feel of loft-style living with modern technology and comfort. Level 6 of the hotel houses most of the studio suites, with wrap-around, terrace style balconies enjoying views over Melbourne city, the Yarra River and west over the Docklands development.

The internal stencil style paintwork and fretwork throughout the building was intended to capture the Victorian style iron lacework of the building’s surrounding fence. The central staircase on Level 2 of the residential section has been faithfully restored to its original splendour. All of the ceilings of the hotel suites on Level 5 have a most unique feature with concave corrugated iron ceilings; this is the original insulation placed between the ﬂoors when this addition was built in 1927.

Today the building located between Flinders Street and Collins Street is one of Melbourne’s most treasured possessions. Protected by the Heritage Council of Victoria and now fully and beautifully restored to its former grandeur, it is a ﬁne reminder of a bygone Victorian Gold. 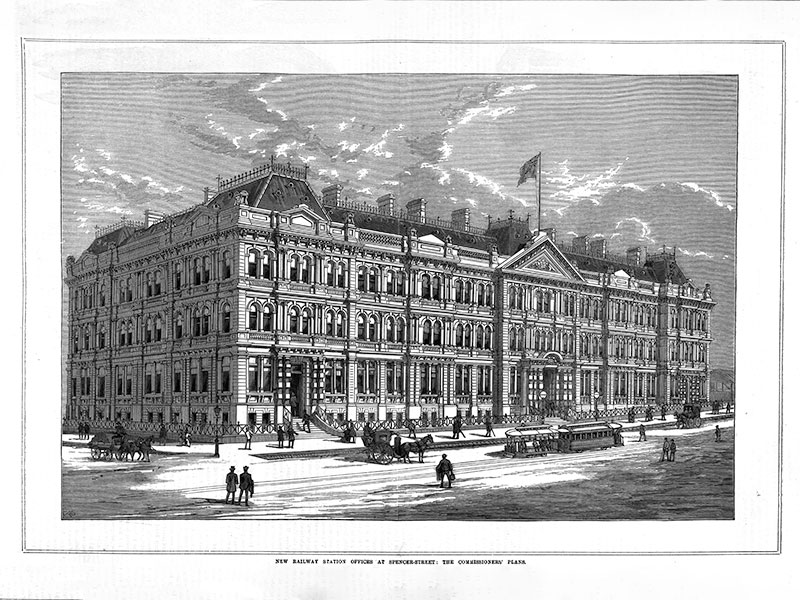